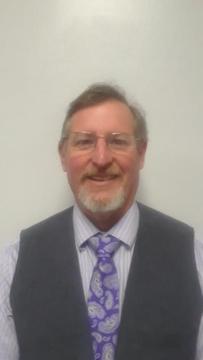 
Mr. Kelly is the current superintendent at Agua Dulce.

Mr. Kelly is the current superintendent at Agua Dulce.

Patrick Wayne Kelly began his education in 1980 at East Texas State University but finished his undergraduate degree at Western Kentucky University with honors and a degree in Industrial Technology and a teaching certificate in Industrial Arts Education.  Wayne married his wife, Vanessa, of 35 years in Kentucky, and when he finished his degree the Kelly family moved back to Texas.  However, the teaching certificate sat on the shelf for the next 15 years as Wayne managed and eventually owned a successful manufacturing business while also doing motivational speaking engagements. In 1999, Wayne was offered a teaching position at Grace Christian School in Harrison, Arkansas. He taught Bible, speech, creative writing, physics and a woodworking class. Five years later, Mr. Kelly was offered another job at Omaha High School teaching a furniture manufacturing course that was one of the premier programs in the state of Arkansas. Some of the student’s projects have been put on display in the Arkansas Governor’s mansion and the Bass Pro Shop Museum in Springfield Missouri.  Through his leadership and vision, the woodshop class at Omaha experienced transformational change as students were exiting with a passion for the industry and a marketable skill with a portfolio. Mr. Kelly loved his time as a teacher, but his true gift was the leadership he had displayed to his students, department, and the school community. Through teaching, pastoring, and leading his family, Wayne executed each of these responsibilities with integrity and excellence in such a way that inspired others around him.

Mr. Kelly has been successful in all of his endeavors as a husband, father, pastor, teacher, community leader and businessman, but his time spent in education tugged at his heart because he knew the public school system needed excellent leadership that he could provide.  He believed that for society to succeed that public schools must succeed. It had been 25 years since Wayne had graduated from college, and yet he decided to go back to get a master’s degree in educational leadership. Within two years, he was an elementary principal and completing his superintendent certification. Four years later, he moved from the elementary principal to the superintendent for the district. Under his leadership, the school went from improvement required to met standard within one year. He conducted a successful bond project with numerous district improvements.  He has transformed the culture of the campuses causing the district to have a very low teacher turnover rate of 6% and has been able to recruit excellent teachers who often take a pay cut to come work at his district.  In effort to improve the safety on his campus, Mr. Kelly was trained as a school marshal to deal with active shooters and has prepared the campus to effectively protect the students.  Mr. Kelly serves on the Advocacy committee for the Texas Association of School Administrators.  He is still preparing to be the best advocate for children that he can be and will be entering the Doctoral Program at Texas A&M College Station in the Spring Semester 2019.